「Q-pot.×JEAN-PAUL HÉVIN」 Special Chocolat BOX
“LOVE for ONE ♥ LOVE for ALL”

「Q-pot.×JEAN-PAUL HÉVIN」 Special Chocolat BOX was launched in JEAN-PAUL HÉVIN stores in Japan and Hong Kong as well as in Q-pot. Shops.
Part of proceeds from the sales of the products was donated to support refugee women’s skills development,
employment and income generation through UNHCR. 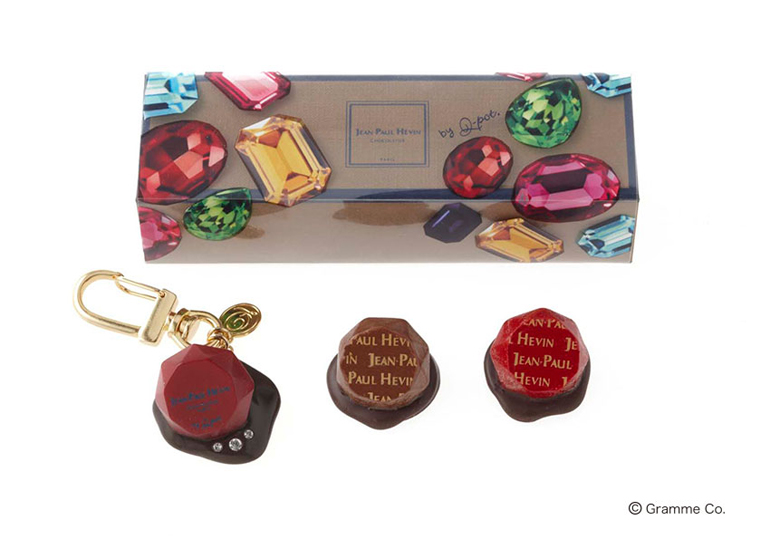 Also, other items from 「Q-pot.×JEAN-PAUL HÉVIN」 Special Collaboration were sold in Q-pot.
shops at the same time such as a T-shirt designed with luxurious studded jewels, four sets of original badges and a Toro-ri Ribbon original tote bag. 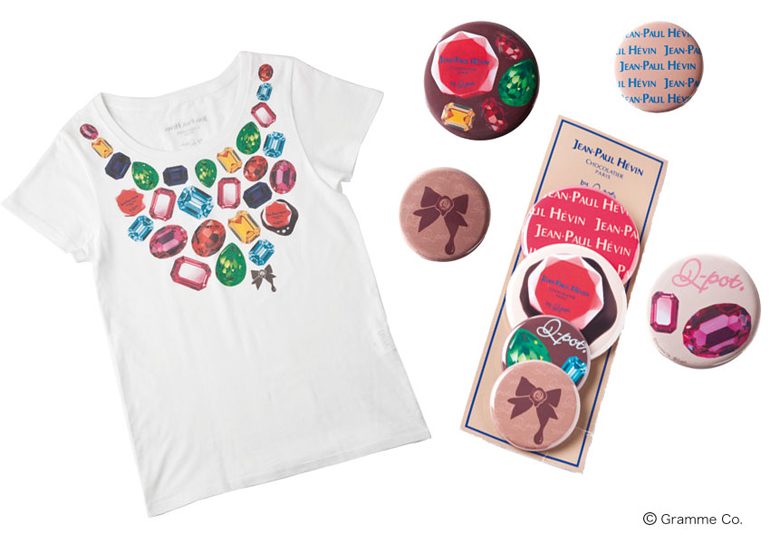 ※This products are no longer sold.

● UNHCR （Office of the United Nations High Commissioner for Refugees）

There are two refugee camps in the Southeast district of Cox's Bazaar, in Bangladesh. 250,000 Rohingyas,
who are a minority ethnic group of Myanmar, fled to Bangladesh in 1991. Although many returned to Myanmar,
there are still 28,000 documented refugee Rohingyas living in these camps. For over 17 years, these people have been living in hardship and alienation,
not able to return to their countries nor able to become a part of Bangladesh community.

In this project, the Rohingya women and Bangladeshi women were working together to earn an income and support each other for the first time.
This project did not only create social bonding and cohesion, but allowed to abate sexual violence and discourage child marriage.
Furthermore, this project increased awareness amongst people and improved health standards.

◎OBJECTIVES
・To enhance women’s abilities through vocational training and employment.
・To support women with disabilities to work in their community.
・To improve relations between refugees and the Bangladesh community, reducing violence and improving the quality of living standards.

◎OPERATIONS
・To establish production sites in 15 villages, based upon the administration of Hathay Bunano non-profit organization,
which had been successful in women’s employment generation in the past.

・To give training of hand knitting and hand crochet for skill development.
・To make toys and handicrafts for export based upon the fair trade principles.

◎EXPECTED RESULTS
The project aimed to provide sustainable employment for at least 1,500 women, and recruit at least 30 production
supervisors who would help improve living standards for these women at the Hathay Bunano production sites.

The Office of the United Nations High Commissioner for Refugees was established in 1950 by the United Nations General Assembly.
The agency is mandated to lead and co-ordinate international actions to protect refugees and solve refugee problems worldwide.

REPORTS
Thanks to all your wonderful support and contributions, a total of ￥677,955 was donated to UNHCR to help fund
the project promoting independence of women in Bangladesh. Thank you everybody for your corporation again. 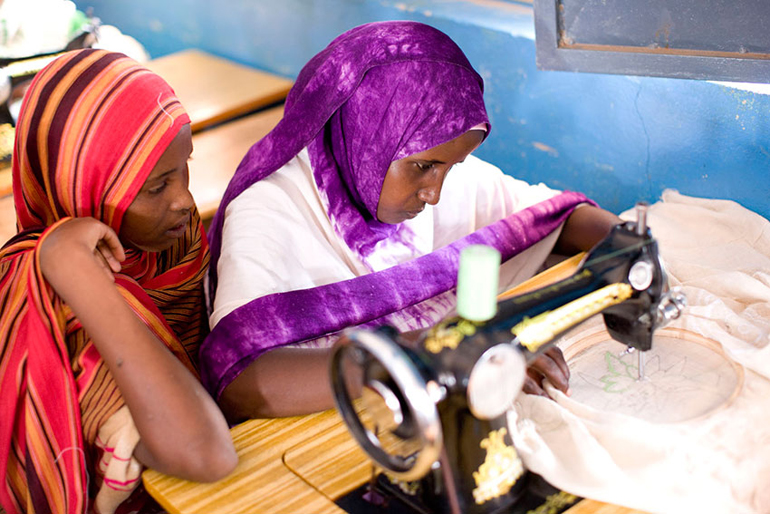 We have finally set up production sites in 5 villages. For these establishments to take place, an extensive amount of efforts was
made in order to gain the trust of local communities. Through long discussions and assertion of future attainments,
we were able to gain their understanding and strong support also for further projects.


Through this project, the community cohesion kept on progressing. The refugees and Bangladeshi women
have been working together and supporting each other like a family. The project has been successful in providing an important
and reliable source of income for women who had been deprived of social and political dignity,
living in a community with 3% annual increase of poverty rate.

●【JEAN-PAUL HEVIN×Q-pot.】received a letter of appreciation from the Japan Association of UNHCR 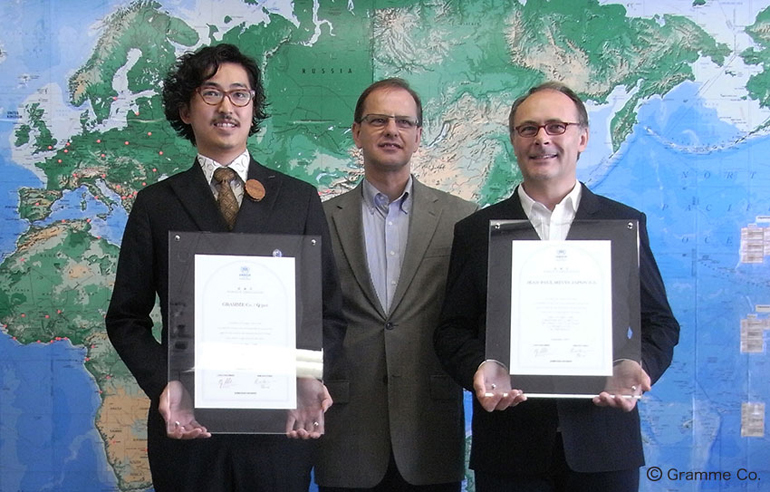 On September 14th, 2010, a presentation ceremony was held at UNHCR office in Tokyo. On this occasion,
thanks were made for the donations made by【JEAN-PAUL HEVIN×Q-pot.】who supported refugee women's skills development,
employment, and income generation. Mr. Johan Cels, a representative of Japan UNHCR, presented the letter of appreciation
to Tadaaki Wakamatsu Q-pot. designer and Jean-Paul Hevin Chocolatier.


Q-pot. will continue to create a chain of smiles across the world!