The theme of this project was "Love Message of this Moment" and renowned artists from various fields became "Q-pids" (Cupids) to express their love on the Chocolate Tote Bags. We sold these bags at charity auction.

Part of the proceeds from "Q-pot.♥Q-pid." charity auction was donated to UNHCR (the office of United Nations High Commissioner for Refugees) to support independence of refugee women.

※These products are no longer sold.

◎Tadaaki Wakamatsu / Q-pot. designer
Tadaaki Wakamatsu was born in 1977. He studied accessory design under Mr. Kazumasa Seima and established “Q-pot.” as accessory brand in 2002. After that, Tadaaki Wakamatsu continues in creating visual arts, advertisements and collaboration with fashion brands/artists as a pioneer of cultural movement of sweets accessory. His work expands to various fields outside accessory creation and makes “the chain of smiles” throughout the world. 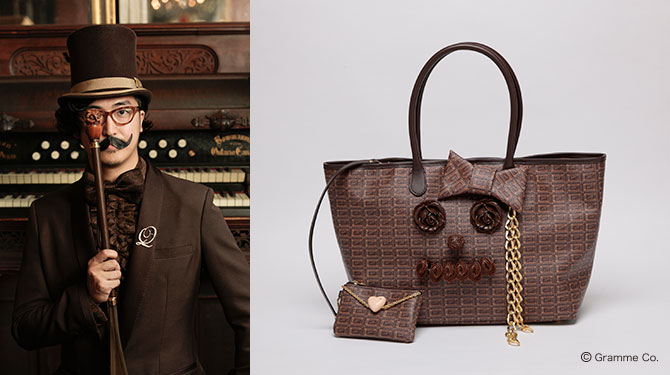 ◎Miki Aizawa / A stylist
Miki Aizawa was born in Miyagi. She graduated from stylist course of Bunka Fashion College. After she studied under Kumiko Iijima, she is active as free stylist from 2005.
Miki Aizawa wanted to make clothes freely and that was the reason why she established “Tu es mon TRESOR”. Her book 《Re BON bon !》 is now on sale.

◎Jake Shimabukuro / A ukulele player
Hawai‘i’s own Jake Shimabukuro is recognized as one of the most exciting and innovative ‘ukulele players and composers of his time. In the hands of Shimabukuro, this traditional Hawaiian instrument of four strings and two octaves is stretched and molded into a complex and bold new musical force. His latest album “Peace Love Ukulele” debuted No. 1 on Billboard World Album chart.
http://www.jklub.jp 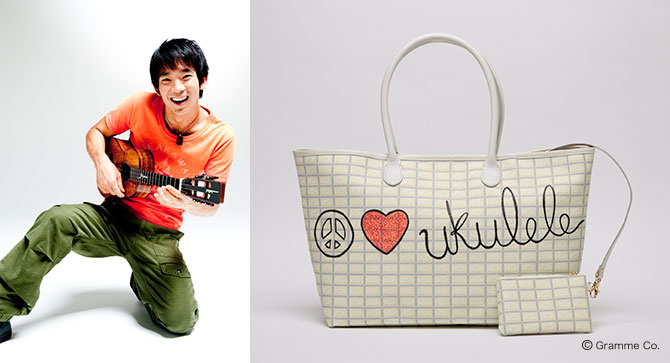 ◎Masako Shinya / Ahcahcum-muchacha designer
After Masako Shinya graduated from Osaka Mode Gakuen, she established “muchacha” in 1994. Also, she established “Ahcahcum” in 2008.
Ahcahcum is a made up word which means muchacha in Spanish. A girl like a lady, a lady like a girl. Scary but yet cute, cute but yet scary. Using unique patterns, materials and designs that consist of images of things that never come together coexist, and of her vision of the world.
Ahcahcum-muchacha expands their sales to each European country from 2004 and collaborates with Disney, artists and designers actively.
http://www.ahcahcum-muchacha.com/ 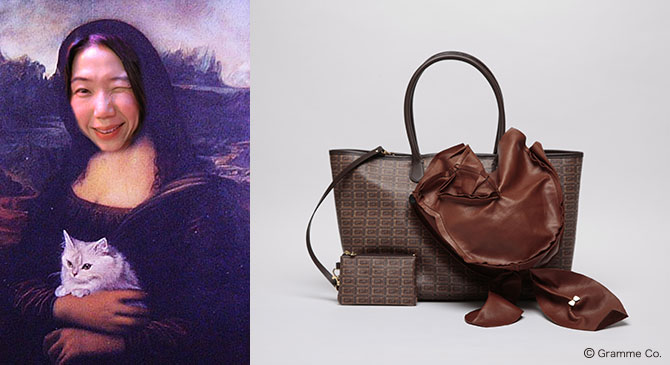 ◎Midzuki Tsujimura / A novelist  Yoshimi Saeki / A illustrator
・Midzuki Tsujimura / A novelist
Midzuki Tsujimura rose to prominence with her debut novel “Tsumetai Koshya no Toki ha Tomaru” and won Mephist the 31 st, which is the prize that came out of novel magazine "Mephist" published by Kodansya. She is supported by the reader of wide range of age groups from young generation to middle-aged.
・Yoshimi Saeki / A illustrator
She designed the cover of “Kori no Kujira” written by Midzuki Tsujimura and debuted. She designs not only works written by Tsujimura but also by other.
（Midzuki Tsujimura） Altogether about 200 thousand copies of “Tsumetai Koshya no Toki ha Tomaru” have been sold. Also, “Zero, Hachi, Zero, Hachi” published in 2009 was Naoki nominee. Her latest works, “Hikari Matsu Basho he” and “Tsunagu”, are now on sale.
（Yoshimi Saeki）When she designed the cover of “Hikari Matsu Basho he” published in 2010, she opened up a new field as an illustrator and was warm in her praises by her fans. Also, she supplied illustrations to DVD “Yasagure Panda” sold in February.
Yoshimi Saeki：http://saekinote.michikusa.jp/
◎Sachiko Maeda / Candle artist “Vida=Feliz”
She makes lovely but yet malicious candles using original manufacturing method and has candle classes in Osaka and Tokyo. She has been active mainly on magazines, CM and personal exhibition and has written “How to make candles” and “Sweets made of candle”.
In 2009:“Inconvenient Dream” Exhibition with Yoko Omori who is a stylist at 21st Century Museum of Comtemporary, Kanazawa.
In 2010: “Red Christmas” Exhibition at Ikebukuro Seibu Sogo.

◎Syu Murakami / An artist
Syu Murakami was born in 1975.
He was born in 1975. He studied illustration and graphic design when he was a student at Kobe Design University. After he graduated, he started creative activity and designed CD covers, fashion catalogues and more as art director. Also, he supervises original brand “amabro”.
＜amabro＞, which was made up mainly of Murakami Art co.,ltd., started their activity from 2006. Their concept is “rebuilding of the express”. This project plans and produces a work from a viewpoint of the art that amabro thinks about. They collaborate with many aspects energetically to be able to bridge between products and art.
http://www.amdr.jp
http://amanemurakami.com 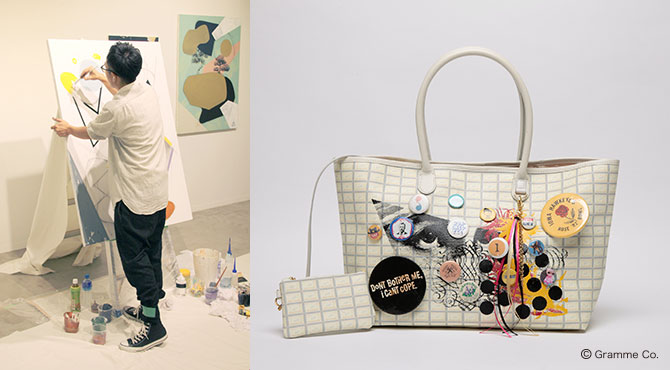 ◎MEG / Singer Designer
“MEG” is the one of the popular artists in Japan, who is a musician, fashion model, main designer of "CAROLINA GLASER”.
A short animation “Norageki!” that MEG took charge of its theme song was shown at “ANIME FES "VS" Battle 3” from January 22nd. Please access her twitter (_x_MEG_x_) or official web site MEGWEB.JP in more details.
http://MEGWEB.JP

●Q-pot. ♥ Q-pid. Charity Auction
There were not only chocolate bags but also other products like sweet chocolate letter and some gifts!

http://www.crownjewel.co.jp/
※Q-pot. ♥ Q-pid. Charity Auction are already over.
●Message from UNHCR
The Office of the United Nations High Commissioner for Refugees was established in 1950 by the United Nations General Assembly. The agency is mandated to lead and co-ordinate international actions to protect refugees and solve refugee problems worldwide. We highly appreciate your wonderful support.

●REPORTS
Thanks to all your wonderful support and contributions, a total of ￥500,679 was donated to UNHCR to help fund the project promoting independence of refugee women.
◎UNHCR Assistance for Refugee Women 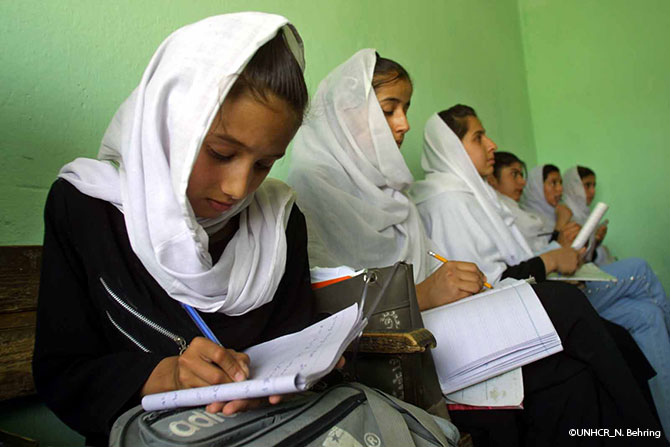 Due to the conflict-induced crisis, many refugees are fleeing their countries in seek of a safer place to stay, despite the fact that such places are often without adequate water or food. Many male refugees are often forcefully recruited by the armed group along the way, resulting in approximate of 80% of people who manage to arrive in the refugee camps to be female and children. It is therefore one of the key activities for UNHCR to protect and assist refugee women who are often in the compromising positions in the economic and social status of the refugee camps. 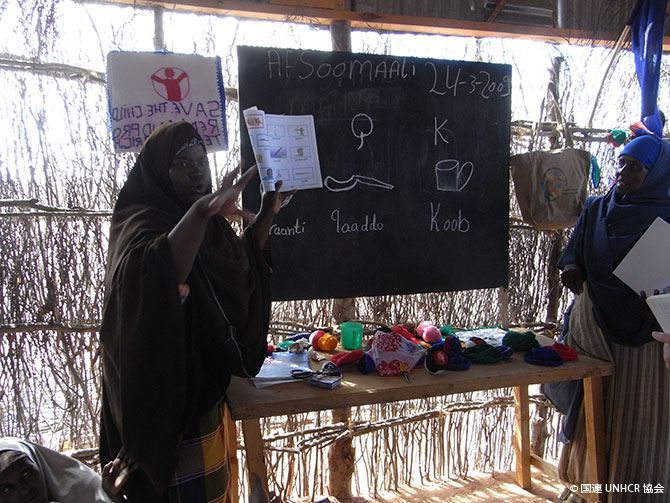 In order for the women to be incorporated and proactive in operations of the refugee camp, UNHCR established child-care-center and made time arrangements to allow women to take part in such process.
Moreover, the refugee registration system has changed from register in family unit to individual unit. As a result, every single female can register as a refugee and receive suitable resources and protection of rights. UNHCR is a leading agency, ensuring the protection and assistance for refugee women, including promotion of education for girls.
●Link
・UNHCR
Q-pot. will continue to create a chain of smiles across the world.